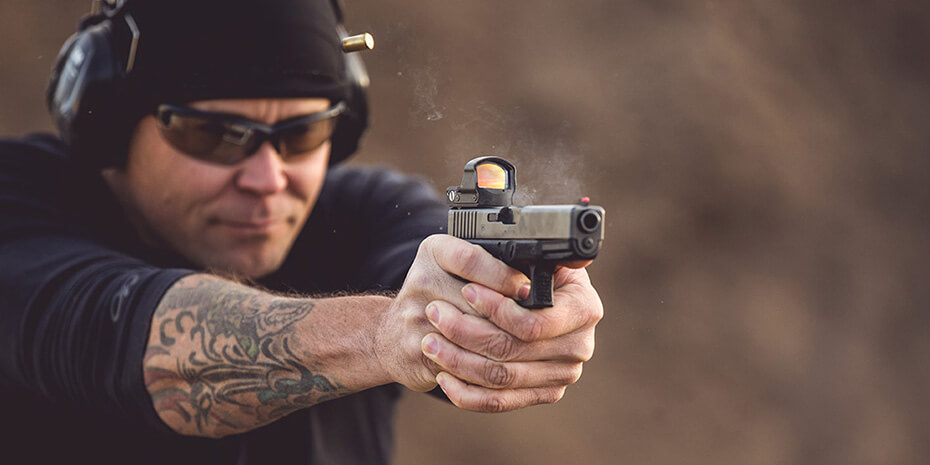 Handgun red dot sights are all the rage these days, but also the source of a lot of controversy – much like red dot sights for rifles not that many years ago. As technology improves, micro red dots durability improves, and batteries last longer – the pistol red dot is only going to get more popular. At this rate, red dots on a pistol will be as ubiquitous as optics on a carbine.

To prove that point, Aaron Cowan from Sage Dynamics has spend the last 4 years conducting a study on the use of handgun red dot sights, specifically for police duty handguns.

It is a very comprehensive 64 page overview of everything Aaron found out within the study. For those who don’t want to read the entire study, then keep on reading here for my summary.

a MRDS is not only more efficient than traditional iron sights for the duty handgun, but that the MRDS would provide distinct advantages not possible with proper iron sight use.

If you want the conclusion now, Aaron has concluded that modern micro red dot sights for handguns improve speed and accuracy and are sufficiently durable.

The testing conducted drop tests, impact tests, hot and cold tests, submerging in water, and live fire testing. The study includes specific numbers on page 16/17 for those who are interested, but it concluded the Leupold Deltapoint Pro and Trijicon RMR are the two most reliable micro red dots, which are often called reflex sites. 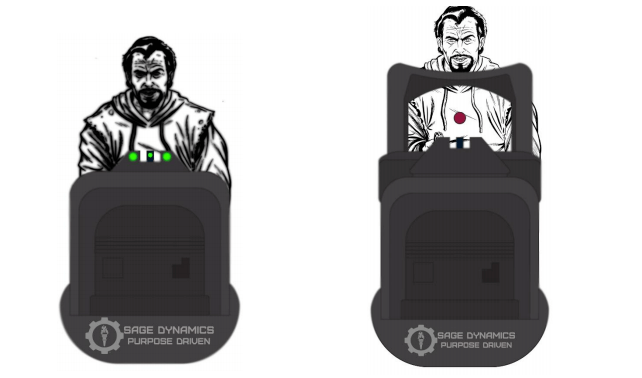 One of Aaron’s primary cases for the use of red dot sights on handguns is the focal limitations of the human eye – or as Aaron calls it, “focal plane confusion.” With iron sight shooting, we’re taught to focus on the front sight, leaving the rear sights and target blurry. This allows for accuracy, but does not allow the shooter to maintain ideal situational awareness – which is naturally quite important for self defense use. A red dot on a pistol allows the shooter to focus on the target and simply place the red dot on the target. In the case of police officers, this is useful for watching a suspect’s actions, while still keeping the pistol sights on target.

Handgun accuracy in force on force 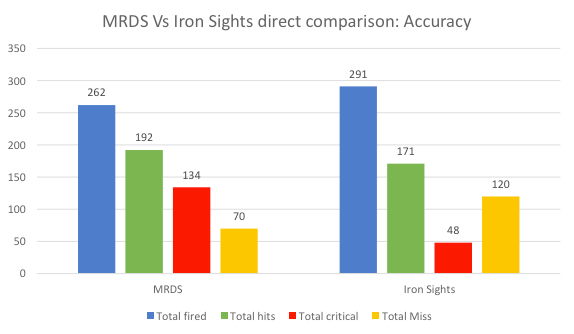 Clearly, the pistol mounted red dot provided greater accuracy, both in total hits as well as hits within the vital area. The shooters with red dots even had to put less shots on target due to the increased accuracy. The drastic improvement in vital hits is more clearly illustrated in the two contrasting hit maps comparing shot placement. 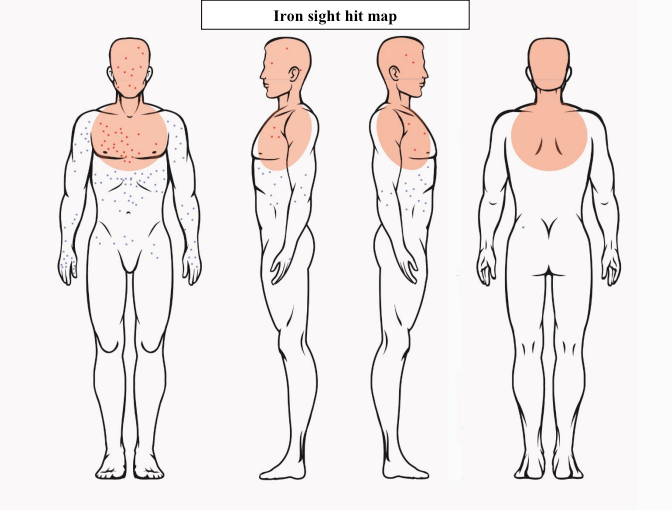 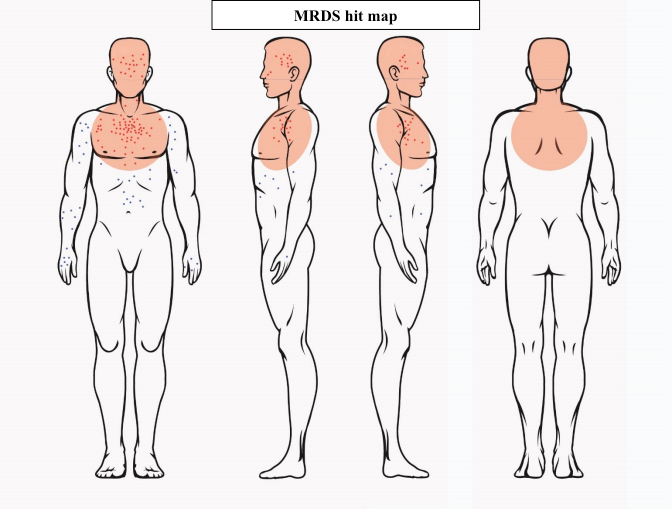 All mechanical and electrical devices can, and eventually will, fail. A red dot failure is possibly the most often reluctance for its adoption. If an optic fails, back up iron sights are easily used, and the window of the red dot can act as a ghost ring for close distance accuracy.

In the case of optic view obstruction, particularly fogging, both eyes open shooting can still be used to obtain fairly accurate shooting in self defense shooting distances. Aaron explains it extremely well starting on page 59, I recommend his explanation over a short summary from me. Red dot fogging is quite unlikely except in the most hot and humid of environments. It is also almost entirely preventable through treatments such as Cat Crap.

The study goes into much greater detail as to how the study was conducted, relevant information from the findings, and more detail about the findings. It also goes over recommended training regimens and suggestions on how to get a police department to adopt handgun red dots. I intentionally kept my summary short to provide a digestible overview of the extensive study.

In closing, the validation for MRDS as an increase in officer effectiveness has been well established by this white paper and will assist in adoption of MRDS on duty handguns, it is now up to law enforcement to further their never-ending efforts to increase officer efficacy.

Thank you so much Aaron Cowan for this comprehensive 4 year study on pistol mounted micro red dots.

What do you think about handgun mounted red dots?