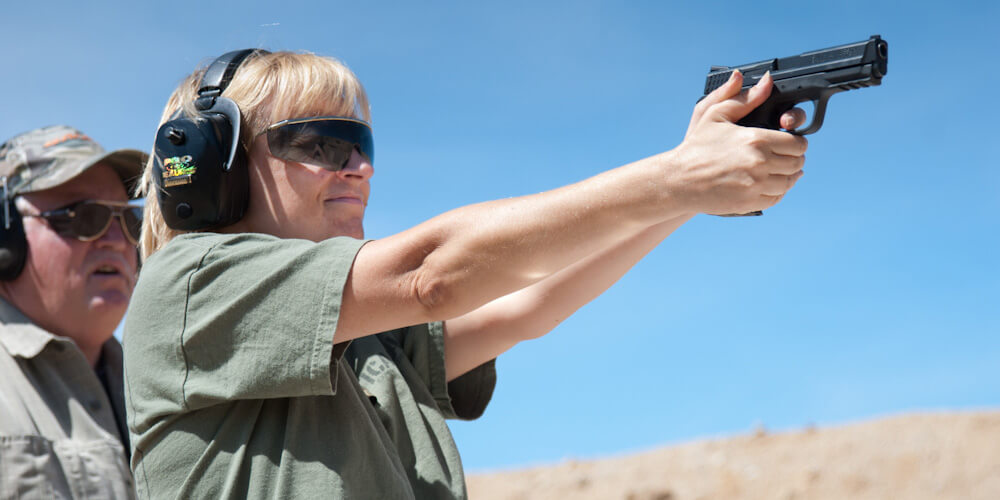 Don’t Let Ego Prevent You From Working Towards Shooting Proficiency

In today’s age of social media, anyone who spends even a little bit of time on the internet, let alone on the internet in the firearms community, will see incredible footage of shooters absolutely shredding it. Be it a sub one second draw time from concealment, or rapid fire shooting in a competition, there’s lots of incredible footage from very skilled shooters. This video of Keanu Reeves training for John Wick Chapter 2 made waves even outside of the shooting world.

It’s easy to compare yourself to the people these videos and feel inadequate. However these skilled shooters have spent thousands of hours and thousands of dollars honing their firearms proficiency. It is pointless for a relatively new shooter to compare themselves to these experts with years of experience. Nor do shooters even need to devote that level of time and money into achieving firearms proficiency. Do new guitar players look at Jimi Hendrix and think they can’t get that good, so why try? No! They practice and get better anyways. So why are firearms enthusiasts so afraid of practice?

It’s incredibly easy for our ego to get in the way of getting better, especially when there’s other skilled shooters to compare to. I’ve seen many shooters go to their first shooting match, not do as well as they expected to, and never come back to another shooting match. Shooting next to someone who’s been doing this for 5 years can be a big ego hit without the right mindset.

A firearm isn’t a magical tool

Many, if not most, firearms owners and conceal carriers don’t practice often enough with their firearm. They see the firearm as a magical wand to stop the bad guy. While a firearm is an incredibly effective tool at stopping an attacker, it still requires skill to use effectively. Any skill set requires actual, real world practice. Firearms proficiency is no different than proficiency with any other tool, like a hammer. Anyone can swing a hammer and tap in nails, but without practice with a hammer, people will bend nails, miss the nail, and take a long time. Someone who practices with a hammer can hammer in a nail with with just a few taps. Firearms are no different.

To obtain mastery in a skillset requires learning from masters and deliberate practice. Guitarists don’t get better by picking up a guitar and casually and randomly plucking away at a guitar, nor do guitarists watch a few YouTube videos and think they know enough to play well. But with firearms, people don’t think they need to learn from a firearms instructor. People also think casually putting 9mm holes in paper from a stationary position at 5 yards is enough to become proficient with firearms.

If you conceal carry and dream about being a hero, but you don’t practice, do you think you’ll get superhero level skills when shit hits the fan?

Taking a class with the firearm you wish to use is a very easy first step towards achieving proficiency. Firearms instructors are everywhere, and a new shooter can improve their firearms skills by leaps and bounds with a single class. Simply google “firearms instructor” and add on the name of your city. You’ll find lots of instructors in your area.

Find one who teaches skills with a firearm you want to learn about and go take it. Don’t let your ego get in the way of taking a class. People who have been shooting for a while can easily think they’re above a “handgun 101” class without realizing how much they can learn from an introductory class. Seriously – go take a class. They’re a lot of fun, and you’ll learn a lot.

A lot of people don’t practice with their firearms due to the cost of ammo. Practicing with firearms can be done from home without spending a dime on ammo thanks to dry fire practice. Be sure the firearm is empty, and slowly go through the motions of shooting a firearm. Pay very close attention to each step of the process and try to identify incorrect technique, such as jerking the trigger, sweeping yourself on the draw, and similar things. Here’s some easy drills to do at home to improve and retain shooting proficiency.

But be careful, practicing incorrect technique creates bad habits. This is why it’s so important to take a class so you can know what proper technique is, as well as identify shortcomings in your shooting skills.

Shooting competitions are an incredibly easy way to identify skill gaps and work on improving those skills. Shooting competitions also allow shooters to do things they couldn’t normally do at a standard shooting range. How do you expect to get better at shooting on the move if you don’t actually practice it?

There are many different shooting formats that focus on different skill sets – try all of them that you can. Each one will teach you something new and you’ll have a lot of fun doing it. I recommend checking out Steel Challenge, USPSA, and IDPA shooting formats. Find a local club match and just shoot with what you’ve got. Contact the event coordinator before hand and inform him/her that this is your first time going to a shooting match and you would appreciate their help. I have never met a shooting sports event coordinator who didn’t want to help out a new shooter. Many event coordinators even have spare gear for new shooters and will have range safety officers give pointers to new shooters throughout the match. Don’t go to a match and be embarrassed that it’s your first shooting match. The shooting sports community loves to help out new shooters and teach them everything they can about their sport.

Don’t let identifying flaws hurt that ego and discourage you from practicing. Identifying flaws is a good thing – it means you know how to get better. If a guitarist is struggling with a certain guitar riff, they don’t stop practicing that riff because it shows they aren’t as good as Jimi Hendrix, they practice it until they can play it.

Photos via the US Air Force and dagnyg.