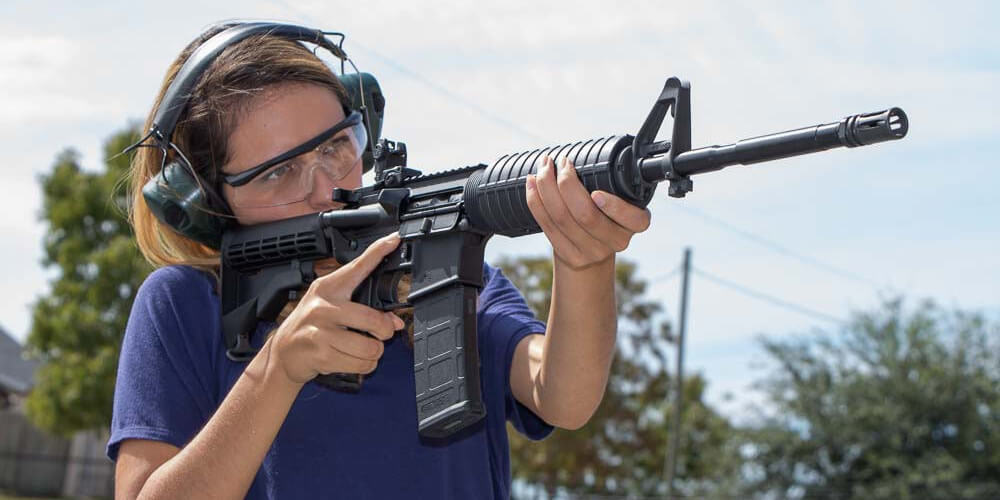 The firearms world is seeing an unprecedented increase in new shooters joining the community, and the average number of firearms per firearm owner is also on the rise. With this surge of new shooters, what are the firearms no firearms owner should go without?

A firearm might as well be a paperweight without training. While firearms are easy to use, they are difficult to use well. A firearm used in a self defense situation is only as good as the person wielding it. A .22lr rifle or pistol is one of the best training tools out there.

.22lr rifles are quite cheap, and the .22lr ammunition is incredibly cheap as well. A Ruger 10/22 can usually be purchased for around $200 and it is a quality, reliable, accurate rifle with lots of aftermarket support.

When the cost of ammo is less than 10 cents a round, it’s a lot easier to get some training in than it is to shell out a lot more for, say, the cost of .308.

This is a good first firearm due to its cheap initial costs, cheap operating costs, and its usefulness as a training tool. If you need to learn the fundamentals of marksmanship, this is the way to do it.

The full size semi auto 9mm pistol is one of the most practical firearms a civilian can own. With training, it is an incredibly maneuverable and effective home defense firearm, and it can be easily conceal carried with a proper holster, belt, and wardrobe choices. Plentiful, cheap 9mm ammunition is also an excellent draw to the modern semi auto pistol.

There’s also a very wide variety of options to choose from, which is a blessing and a curse. I would not recommend getting bottom of the barrel, cheap firearms. Instead, spend a little more and get a reliable handgun that won’t fail you when it’s needed most. Options such as the Glock 19, Sig P320, or S&W M&P Full Size can all be purchased for under $500.

A quality semi auto 9mm pistol has more uses than most people realize, and will last a lifetime. For the non-hunting civilian, this is quite possibly the most practical firearm they could own.

The AR-15 is the most popular rifle in America. It is inexpensive to manufacture, comes in countless configurations, has the greatest aftermarket parts support, economical ammo, and is an incredibly versatile and easy to use rifle. If you want to shoot at something, be it paper, steel, or meat inside several hundred yards, the AR-15 can handle it.

Many people choose to build their own AR-15, though there are many quality (and economical) AR-15s out there. Be sure to take a look at the Savage MSR, S&W M&P Sport, or Ruger AR-556, all of which can be purchased for around $500.

What was your first firearm?